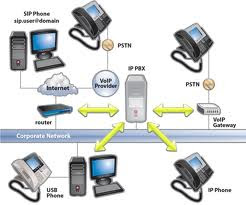 LINK-BY-LINK VERSUS END-TO-END SIGNALING
An important factor to be considered in switching system design that directly affects both signaling and customer satisfaction is post dialing delay. This is the amount of time it takes after the calling subscriber completes dialing until ring back is received. Ring-back is a backward signal to the calling subscriber telling
her that her dialed number is ringing. Postdialing delay must be made as short as possible.
Another important consideration is register occupancy time for call setup as the setup proceeds from originating exchange to terminating exchange. Call-setup equipment, that equipment used to establish a speech path through a switch and to select the proper outgoing trunk, is expensive. By reducing register occupancy
per call, we may be able to reduce the number of registers (and markers) per switch, thus saving money.
Link-by-link and end-to-end signaling each affect register occupancy and post dialing delay, each differently. Of course, we are considering calls involving one or more tandem exchanges in a call setup, because this situation usually occurs on long-distance or toll calls. Link-by-link signaling may be defined as a signaling
system where all interregister address information must be transferred to the subsequent exchange in the call-setup routing. Once this information is received at this exchange, the preceding exchange control unit (register) releases. This same operation is carried on from the originating exchange through each tandem
(transit) exchange to the terminating exchange of the call. The R-1 system is an
example of link-by-link signaling.
128 SIGNALING FOR ANALOG TELEPHONE NETWORKS
End-to-end signaling abbreviates the process such that tandem (transit) exchanges receive only the minimum information necessary to route the call. For instance, the last four digits of a seven-digit telephone number need be exchanged only between the originating exchange (e.g., the calling subscriber’s local exchange or the first toll exchange in the call setup) and the terminating exchange in the call setup. With this type of signaling, fewer digits are required to be sent (and acknowledged) for the overall call-setup sequence. Thus the
signaling process may be carried out much more rapidly, decreasing post dialing delay. Intervening exchanges on the call route work much less, handling only the digits necessary to pass the call to the next exchange in the sequence
Posted by oladimeji olorunlogbon at 23:00